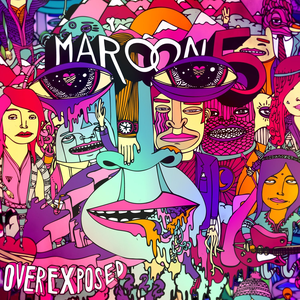 Overexposed is the fourth studio album by the American pop rock band Maroon 5. The album was recorded between 2011 and 2012 and was driven after the moderate success of their third album Hands All Over (2010) and later by the successful re-release single “Moves Like Jagger”. The band worked with different producers, such as Max Martin, who serves as the album’s executive producer, Ryan Tedder, Shellback and Benny Blanco. It was released on June 20, 2012. User-contributed text is available under the Creative Commons By-SA License; additional terms may apply.